The Company has acquired by staking seven target areas, covering over 33,000 hectares, with geological characteristics similar to the lithium pegmatite belts found in Ireland, Nova Scotia and North Carolina that is home to Kings Mountain, North America’s longest producing lithium mine.

Pegmatites have been identified in regional mapping of Newfoundland since at least the middle of the 1900s. During the mid-1960s, the Newfoundland government conducted two seasons of pegmatite surveys to evaluate their economic potential.  Beryl bearing pegmatites were mapped, but very little was known about the zonation of metals like beryllium, tantalum, and lithium within pegmatite fields.  Since then significant amounts of new regional geochemical data has been released yet no modern day lithium exploration techniques have been applied in this highly prospective region.  Origen intends on capitalizing on the unique lithium exploration expertise of its consultant to rapidly advance its newly acquired prospects to a drill stage later this season.

One of the world’s largest lithium suppliers, Ganfeng Lithium Corp. holds a 4.7% equity stake in Origen. 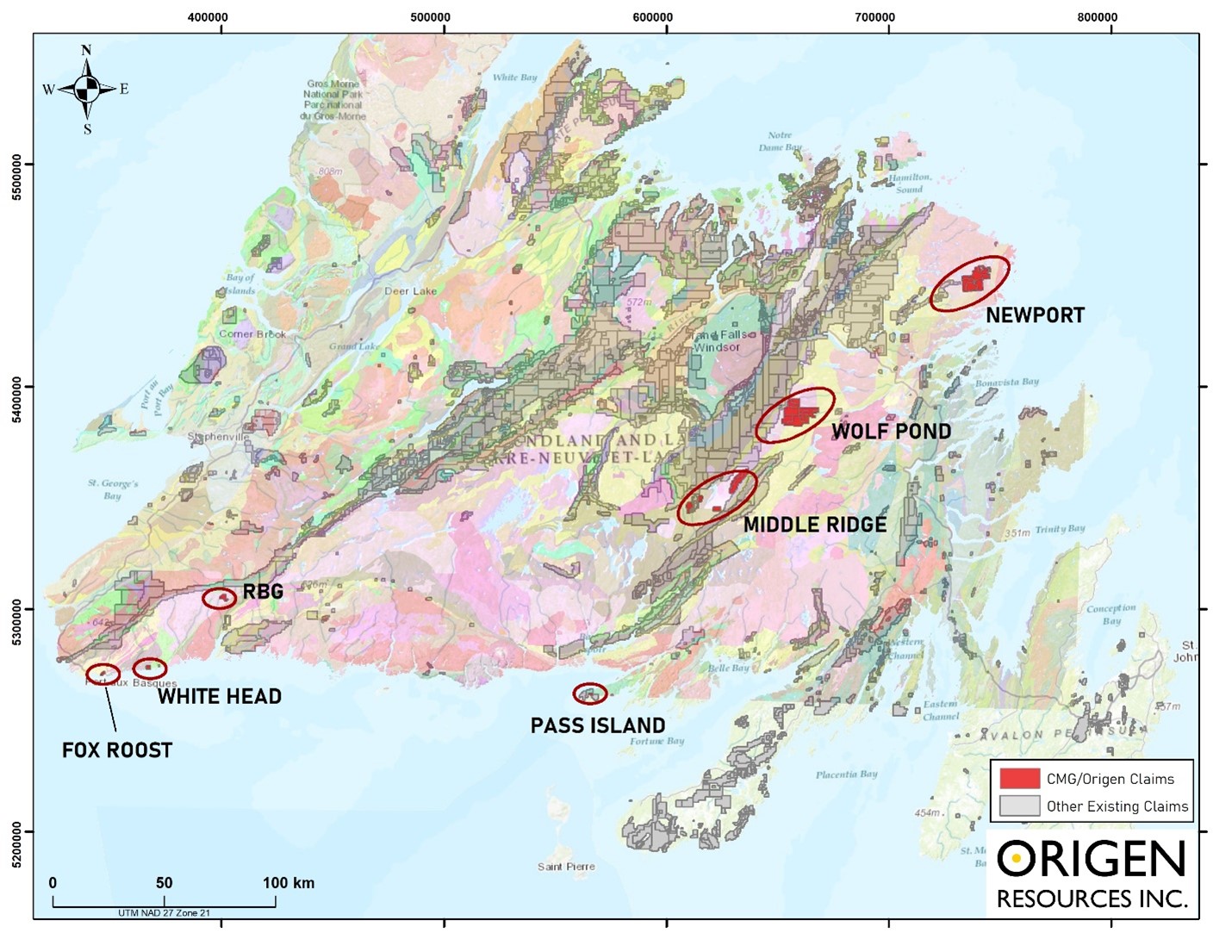