Origen has optioned its Broken Handle Project of which it previously held a 100% interest in on the 2,098 hectare high-grade gold-silver and base metal property located 50km north of Grand Forks, British Columbia. The Company entered into an agreement with Hawthorn Resources Corp, a private British Columbia Corporation engaged in mineral exploration, to acquire a 75% interest in the property as of January 14th, 2021. (For full terms please see news release). 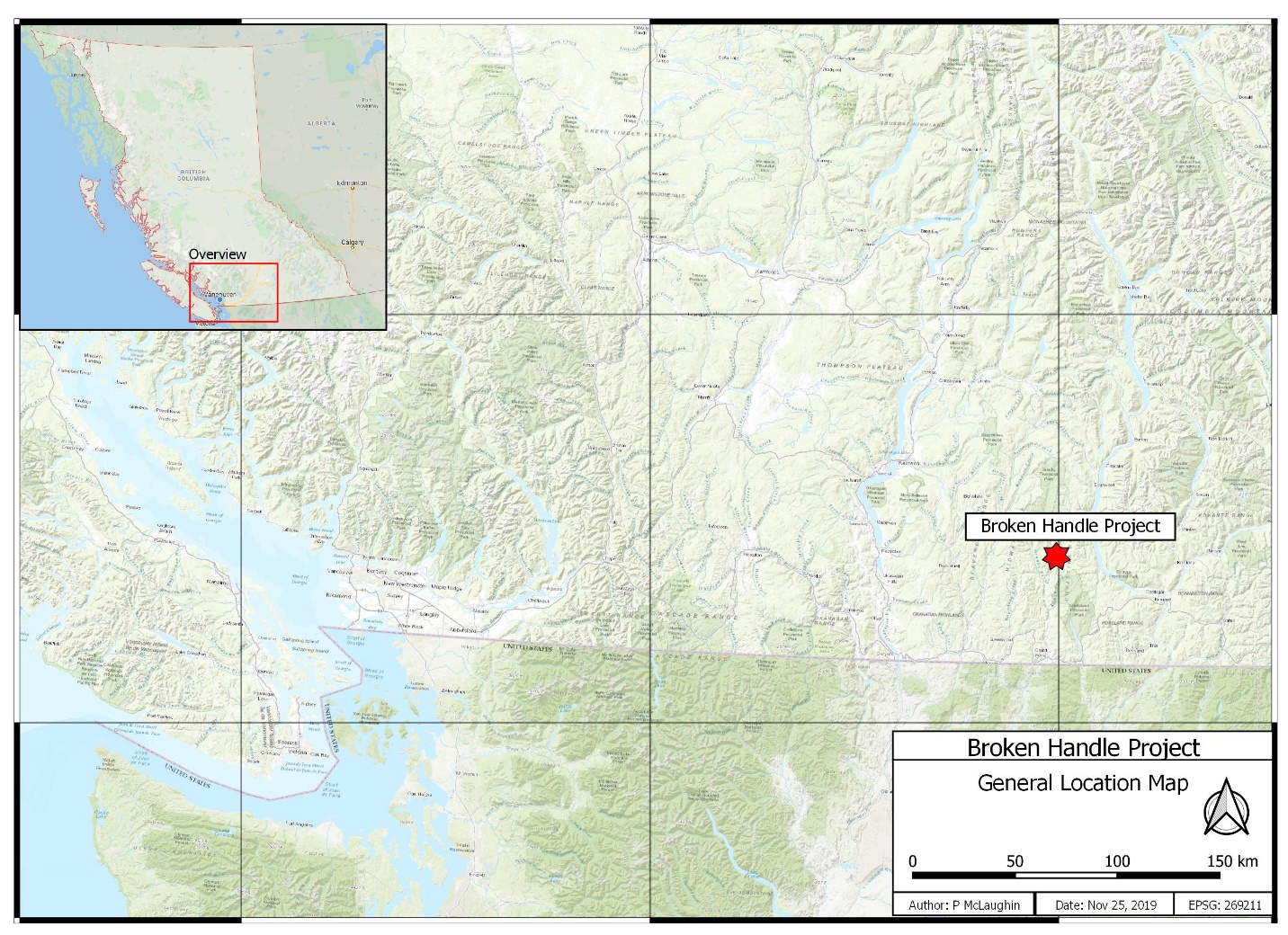 (1)   Camp refers to a colony of miners settled in proximity to a mine, or series of mines or workings.

(2)   Referenced nearby historic resources, deposits and mines provide geologic context for the Project, but are not necessarily indicative that the Project hosts similar potential, size or grades of mineralization.

Exploration work over the last two years resulted in the discovery of several new showings, and the rediscovery of old mineral workings.  The most significant achievement was locating the Morrell Camp that is series of mineralized historical workings that have not seen exploration work since the late 1920s.  A 2019 rock grab sample* from the mineralized waste pile of one shaft in the Morrell Camp assayed 0.53 g/t Au, 363 g/t Ag and 0.616% Cu.  Another rediscovered historical shaft (the C.P.R), 750m northeast from the previous sample, assayed 0.50 g/t Au, 315 g/t Ag and 1.58% Cu from a rock grab sample* and is interpreted to represent a strike extension of the workings in the Morell Camp.

All mention of the Morell Camp disappeared from written record by 1929, and Origen believes the 2019 field work is the first to examine this area in over 90 years.  Origen considers the Morell Camp to be the priority target on the Broken Handle Property as it believes the source of the high-grade gold mineralization referenced in the historical literature has yet to be identified.

There are also several other mineralized areas of note at the Project, including the rediscovered Alco 6 gold showing.  Exploration work in 2002 on a claim that included the northeast portion of the present boundary of the Broken Handle project resulted in this discovery, but it was never added into the provincial mineral database (Minfile).  The area was rediscovered in 2019, and two grab samples* collected from outcrop assayed 7.17 g/t Au and 1.06 g/t Au respectively.  An additional mineral occurrence is the Zap, a mineral showing discovered in the 1990’s and located in the southeastern portion of the claim, that returned 23 g/t Au with 973 g/t Ag from a grab sample* taken in 2019.