Vancouver, BC, April 20, 2022.  Origen Resources Inc. (the “Company” or “Origen”)  (CSE:ORGN; FSE:4VXA) is pleased to announce that it has mobilized crews to its prospective lithium bearing Los Sapitos project in San Juan Province, Argentina.

The initial program will focus on obtaining representative samples of both brine and clay in the vicinity of the Los Sapitos salar and to investigate the logistics of embarking on property wide sampling, geophysical and remote sensing programs over the coming weeks.  In addition to sampling of brine, field personnel will also sample and identify clays as some have been known to hold considerable amounts of lithium in similar geological environments.  Extraction technology to liberate lithium from clay has improved greatly over recent years and has provided explorers and producers another avenue to target resources that was not viewed favourably as little as ten years ago.

“We are excited to get crews mobilized to this newly emerging lithium district in Argentina.  The Los Sapitos project shows similar geological characteristics of  lithium deposits in Argentina, Nevada and in Mexico.  Origen is well capitalized to fund the program as the result of its successful early investments strategies,” states Blake Morgan, Company President. 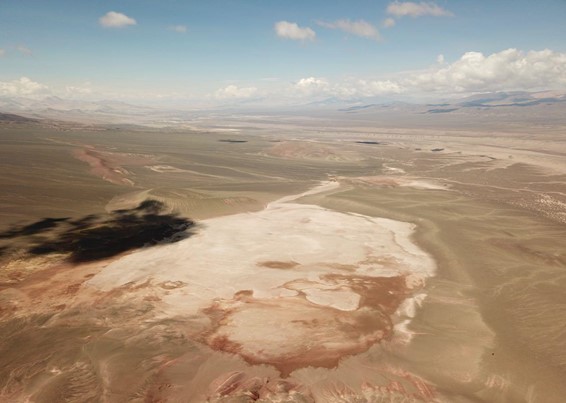 About the Los Sapitos Lithium Belt
The Company’s claim packages total over 47,000 hectares (ha) and are centered on known salars or dry salt lakes.

The belts tectonic setting, geothermal activity and observed brine chemistry are similar to that of the Lithium Triangle to the north and give rise to the potential for discovering structural traps for lithium-bearing aquifers at depth.  The area is also host to vast alluvial sand and clay deposits that have never been investigated for their lithium content.  Very limited exploration for lithium has occurred within the project area.  Once the preliminary program is complete and logistics are in place the exploration team will focus on conducting a regional geophysical gravity survey to determine controlling structures, basin shape and consequently, potential traps within the basins.  In addition, the team will conduct systematic sampling of not only the brines, but also investigate the extent and characteristics of lithium-rich clays.  This survey will include initial ground truthing for planned remote sensing and/or hyperspectral surveys of the claims.  Ulexite (a boron evaporite mineral) has also been identified throughout the belt and indicates that concentrated boron-bearing brines have been present, which is an indicator of lithium prospectivity.

John Harrop, P. Geo., a Qualified Person as that term is defined in NI 43-101, has supervised the preparation, or approved the scientific and technical disclosure in the news release.  Mr. Harrop is employed by Coast Mountain Geological Ltd.  He is not independent of the Company as defined in NI 43-101.