Origen has entered into an option to acquire a 100% interest in the 7,875 ha Middle Ridge Property located in the prolific Exploits subzone gold belt in Newfoundland, home to New Found Gold Corp.’s Keats Zone gold discovery at the Queensway project. 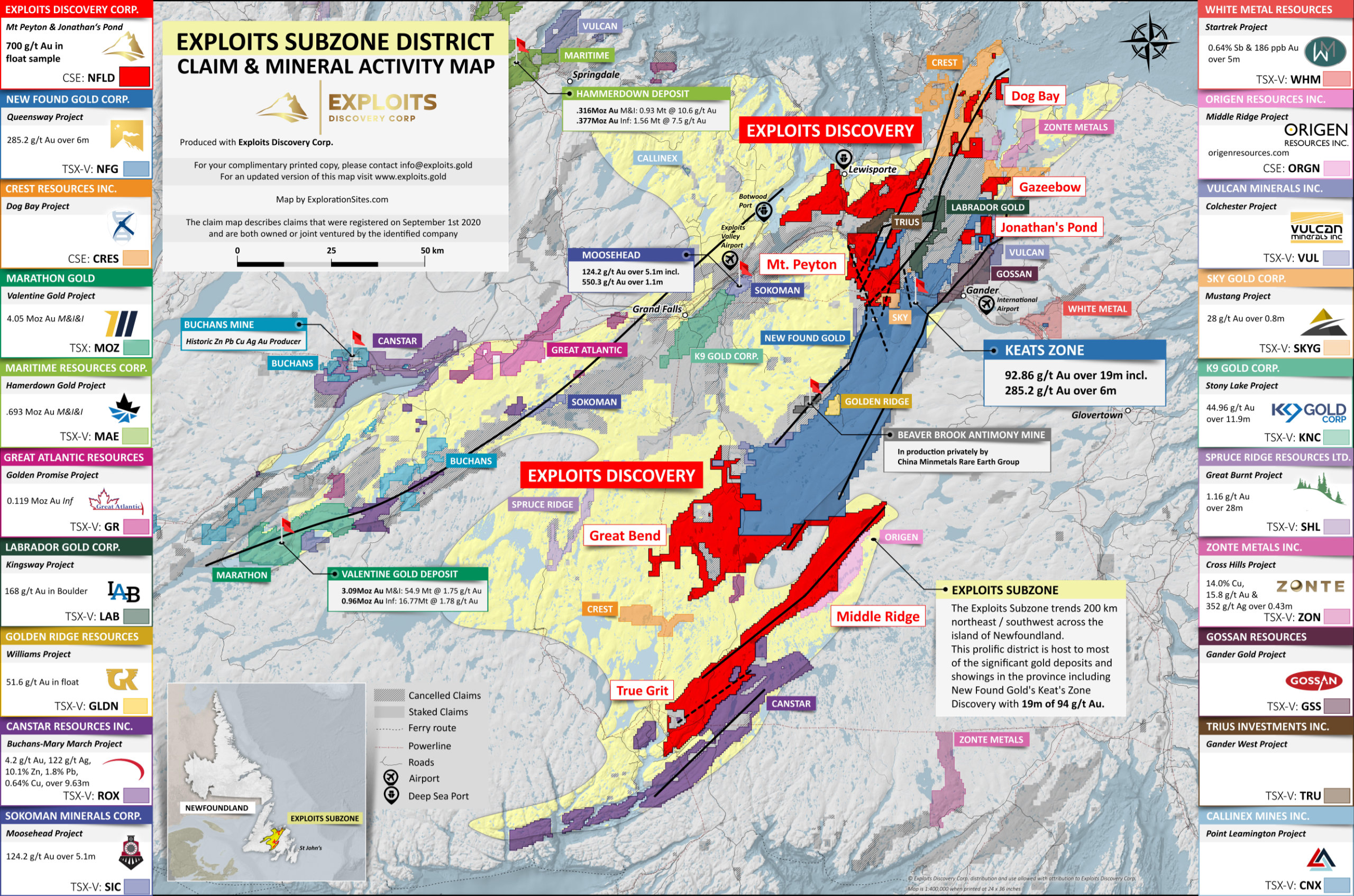 Much of the historical work by Noranda in the 1970s focussed on base metal (volcanogenic massive sulphide) targets.  Two Noranda drill holes were collared on the Property and contained a number of sulphide rich quartz veins that were never assayed.  Returning to historically active areas to capitalize on the benefits of new technology, updated deposit models and fresh ideas is a proven strategy used by Origen’s exploration team.

Origen has recently completed an 885-line kilometer airborne VTEM and Magnetometer survey over the project. In the Exploits Subzone gold belt, high resolution magnetics and EM surveys have been demonstrated to highlight geologic structures that are critical in exploration for structurally hosted orogenic gold.  Lines were flown at 100 metre spacing to provide high resolution magnetic and electromagnetic (EM) data, which are imperative for identifying the deep-seated structures that host orogenic gold. Results of the survey are currently being analysed and will aide in targeting of our ground exploration efforts later this year.

Copyright © 2021 Origen Resources Inc. - All Rights Reserved
Back To Top